SDG indicators
SDG target 9.1: Develop quality, reliable, sustainable and resilient infrastructure, including regional and transborder infrastructure, to support economic development and human well-being, with a focus on affordable and equitable access for all
SDG indicator 9.1.2: Passenger and freight volumes, by mode of transport (Tier I)

The COVID-19 disruption underscored the importance of transport and maritime transport infrastructure as essential sectors for the continued delivery of critical supplies and global trade in time of crisis, during the recovery stage and when resuming normality. The pandemicCommonly described by the WHO as ‘the worldwide spread of a new disease’, no strict definition is provided. In 2009, they set out the basic requirements for a pandemic: • New virus emerges in humans
• Minimal or no population immunity
• Causes serious illness; high morbidity/mortality
• Spreads easily from person to person
• Global outbreak of disease.
The US Centre for Disease Control uses a similar approach, but with a reduced set of criteria. It is very difficult to gauge whether the spread of a disease should be termed an outbreak, epidemic or pandemic. In other words, when to declare a pandemic isn’t a black and white decision -—
– ‒
- –
—--—
– ‒
- –
—--—
– ‒
- –
—--—
– ‒
- –
—-. can be seen as a wake-up call which revealed just how important transport is, and in particular how important ports are for global supply chains and for keeping trade flowing. The unprecedented health crisis has shown how vulnerable the sector is to shocks and disruptions. While the pandemic has put global shipping networks and supply chains to the test and laid bare their frailties, climatic factors are delivering a further blow, for instance due to extreme weather events, such as floods, hurricanes and cyclones.

In 2022, the world continues to fight the pandemic and plan for the recovery while global trade and value chains continue to grapple with strained supply chains, soaring freight rates and increased costs. The ongoing supply chain crisis as well as the heightened threat to supply chains and transport resilience arising from the recent war in Ukraine are weighing heavily on the sustainability and resilience of transport infrastructure services. The cumulative effect of the COVID-19 disruption and the Ukraine war is expected to heavily weigh on developing countries’ recovery and sustainable development prospects. The sector is also facing concerns relating to potential shifts in supply chain design and globalization patterns, new consumption and spending habits, a growing focus on risk assessment, adaptation, resilience-building, and digital transformation, as well as a heightened global sustainability and low-carbon agenda -—
– ‒
- –
—--—
– ‒
- –
—--—
– ‒
- –
—--—
– ‒
- –
—-.

In 2020, the COVID-19 pandemic disrupted the world economy, thereby impacting supply, demand and logistics, and constraining trade flows. For 2020, following a contraction of 3.8 per cent over 2019, UNCTAD estimates shipping volumes to have lost 422 million tons taking the total to 10.65 billion tons -—
– ‒
- –
—--—
– ‒
- –
—--—
– ‒
- –
—--—
– ‒
- –
—-. The drop was less dramatic than initially feared or when compared to the 2009 downturn, as the maritime transport sector managed to better navigate through the crisis. Reflecting its resilience, global containerised trade contracted by a marginal 1.1 per cent with volumes totaling 149 million TEUs.

Some sectors performed better than others. Worst hit was tanker shipping and less impacted were containerized trade, gas shipments, and dry bulk commodities such as iron ore and grains (Figure 1). The end of 2020 saw a nascent recovery, though asymmetric across market segments, as volumes picked up speed in the container segment and dry bulk commodities, while tanker shipping awaited a full recovery in global demand. However, the fragile recovery stumbled into shortages – of shipping capacity, as well as of containers and equipment, warehouse and infrastructure capacity at ports – leading to an unprecedented global supply chain crisis and surging freight rates and costs. These constraints have put supply chains under strain, while adding to port congestion and increasing delays and dwell times, and leading to a general decline in service reliability. UNCTAD expects world maritime trade to recover by 4.3 per cent in 2021, with annual growth moderating to 2.4 per cent thereafter -—
– ‒
- –
—--—
– ‒
- –
—--—
– ‒
- –
—--—
– ‒
- –
—-.

After a drop of 10.4 per cent in 2020, global port calls by all ship types bounced back by 9.7 per cent 2021, reflecting a rapid surge in demand. The impact across maritime sectors was uneven. Container vessel port calls showed more resilience than port calls on average, with a drop of only 3.2 per cent in 2020, while the recovery in 2021 was driven by calls by gas and dry bulk carriers, passenger and Ro/Ro shipsRoll-on/Roll-off ships are cargo ships which are used to transport wheeled cargo, such as cars, buses, etc. (Figure 2).

Note: These statistics were compiled under UNCTAD's country classification as of April 2021.

Much of the growth in 2020 took place in East Asia, especially China. There has also been a surge in volumes on the Transpacific Containerized Trade Route linking East Asia with North America.

Asia’s predominance was further strengthened in 2020. Capitalizing on the fragmentation of globalized production processes, Asia has become a maritime hub that concentrates over 50 per cent of global maritime freight. Other developing regions do not contribute equally, reflecting varying degrees of integration into global value chains and manufacturing networks.

In 2020, terminal operators, authorities, and intermodal transport providers introduced measures to contain the COVID-19 pandemic and, as a result, ships had to spend more time in ports that were operating more slowly than before the pandemic. The greatest delays were for dry break bulk carriers for which cargo operations tend to be less automated and more labour-intensive so they were slowed by measures to reduce social contact. In 2021, port waiting times varied significantly across countries and regions (Map 1). Countries that record fewer arrivals and are called by smaller ships, and in which few containers are handled per port call, exhibit faster turnaround time than others. These include Dominica, Saint Kitts and Nevis, and Saint Vincent and the Grenadines. Countries with relatively fast turnaround time include, for example, Japan, Hong Kong SARSpecial Administrative Region, and Taiwan Province of China. These benefit from the latest port technologies and adequate infrastructure and can accommodate the largest container vessels.

Efficient ports initiate a positive feed-back loop: high efficiency makes their ports attractive as ports of call, further boosting the number of arrivals. Countries with average turnaround time report a wide range of average port waiting times, reflecting large differences in efficiency and other factors such as vessel age and cargo throughput. Shipping and port performance is generally lower in developing countries where transport costs are higher and connectivity levels lower, due to persistent structural factors.

Map 1. Container ship port calls and time in port, 2021
(Number of arrivals and median number of days in port)

Note: These figures are based on AIS data. “Median time in port” represents an estimate of the overall time per ship spent in port. This can be interpreted as a rough measure of efficiency, although it does not consider differences in waiting time, berth time, working and idle time.

The disruptions related to the COVID-19 pandemic and the pressing need for sustainability require scaling up investment in smart, green and resilient transport infrastructure and services. As infrastructure is set to play a key role in the global economic recovery, there is an opportunity to advance objectives such as efficiency and resilience-building. Investing in risk assessment and preparedness will be crucial in a post COVID-19 world. Such measures include control towers and tools to effectively predict and analyse transport system disruptions and business continuity plans for different stages of a crisis. In the face of disruptions, it is also important to collect and share information on potential congestion and bottlenecks and to accelerate greater uptake of technology, a proven mitigating tool. All in all, lessons learned from the pandemic should serve as guidance for informing preparedness and future-proofing of maritime transport.

Alleviating the persistent transport infrastructure gap and ensuring proper service delivery require further mobilization of domestic resources, and taping into other financing sources and arrangements, including blended financeBlended finance combines concessional financing—loans that are extended on more generous terms than market loans— and commercial funding., FDIForeign Direct Investment (FDI) is an investment involving a long-term relationship and reflecting a lasting interest and control by a resident entity in one economy (foreign direct investor or parent enterprise) in an enterprise resident in an economy other than that of the foreign direct investor (FDI enterprise or affiliate enterprise or foreign affiliate) -—
– ‒
- –
—--—
– ‒
- –
—--—
– ‒
- –
—--—
– ‒
- –
—-., green and climate finance, as well as private sector participation in the form of public-private partnerships, among others. However, in many countries, investing in transport infrastructure competes for public funds with other high-priority areas, while opportunities and capabilities for domestic resource mobilization and international borrowing are often constrained and limited.

UNCTAD has worked on assessment for the implications of climate change for maritime transportation since 2008, with an increasing focus on climate change adaptation and resilience building for seaports and other key coastal transport infrastructure -—
– ‒
- –
—--—
– ‒
- –
—--—
– ‒
- –
—--—
– ‒
- –
—-. These are strategic nodes in the network of closely interconnected global supply chains. In keeping up with the global momentum of the 2030 Agenda for Sustainable Development, the Paris Agreement on Climate Change and the 2019 Climate Action Summit convened by the Secretary-General of the United Nations, UNCTAD is intensifying its efforts to promote sustainable and climate-resilient freight transport infrastructure and services.2

Without timely planning and implementation of appropriate adaptation measures, the projected impacts on critical transport infrastructure may have broad economic and trade-related repercussions, and could severely compromise the sustainable development prospects of the most vulnerable nations -—
– ‒
- –
—--—
– ‒
- –
—--—
– ‒
- –
—--—
– ‒
- –
—-. However, important knowledge gaps remain concerning vulnerabilities and the specific nature and extent of the exposure that individual coastal transport facilities may be facing.

The potentially severe economic impacts of the global COVID-19 public health crisis might counteract the adaptation efforts of the transport sector in the short term, through a shift in budget allocations resulting in a decrease of infrastructure financing, for example. However, the pandemic underlines the critical importance of preparedness, risk assessment and resilience-building. Lessons learnt could provide renewed impetus to climate risk and vulnerability assessments of critical transport infrastructure and foster long-term planning essential to enhancing resilience. Changing circumstances arising from the impacts of the pandemic, e.g., the need for health and safety measures at ports of entry; changes to tourism markets; greater reliance on local and national resources and supplies, will need to be taken into account in any strategy for infrastructure adaptation and resilience building. Addressing the impacts of climate change remains a major challenge, in particular for the most vulnerable groups of countries, such as SIDS which depend on their critical coastal transport infrastructure and face a high and growing risk of coastal flooding -—
– ‒
- –
—--—
– ‒
- –
—--—
– ‒
- –
—--—
– ‒
- –
—-. 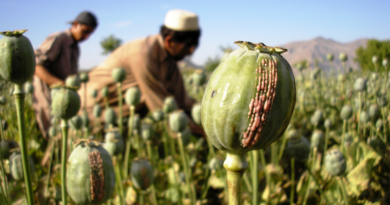