SDG target 9.c: Significantly increase access to information and communications technology and strive to provide universal and affordable access to the Internet in LDCs by 2020
SDG indicator 9.c.1: Proportion of population covered by a mobile network, by technology (Tier I)

SDG target 17.6: Enhance North-South, South-South and triangular regional and international cooperation on and access to science, technology and innovation and enhance knowledge-sharing on mutually agreed terms, including through improved coordination among existing mechanisms, in particular at the United Nations level, and through a global technology facilitation mechanism
SDG indicator 17.6.1: Fixed Internet broadband subscriptions per 100 inhabitants, by speed (Tier I)

SDG target 17.8: Fully operationalize the technology bank and science, technology and innovation capacity-building mechanism for LDCs by 2017 and enhance the use of enabling technology, in particular information and communications technology
SDG indicator 17.8.1: Proportion of individuals using the Internet (Tier I)

ICTsInformation and communications technology (ICT) is a diverse set of technological tools and resources used to transmit, store, create, share or exchange information. These resources include computers, the Internet, live broadcasting technologies, recorded broadcasting technologies and telephony -—
– ‒
- –
—--—
– ‒
- –
—--—
– ‒
- –
—--—
– ‒
- –
—-. have led to wide-ranging economic changes over recent decades, transforming value chains and the production and trade of goods and services. Related to this, ICTs have become an increasingly important tool for development; their adoption has the potential to spur productivity, trade, and economic development, but can also cause disruption that exacerbates inequities and exclusion, as well as other risks.

More people than ever are using the Internet, but access remains unequal

To support access to ICTs, SDG 9 encourages innovation and infrastructural improvements, including through ICTInformation and communications technology (ICT) is a diverse set of technological tools and resources used to transmit, store, create, share or exchange information. These resources include computers, the Internet, live broadcasting technologies, recorded broadcasting technologies and telephony -—
– ‒
- –
—--—
– ‒
- –
—--—
– ‒
- –
—--—
– ‒
- –
—-.. It also recognises the risk that many people and businesses could be left behind. To address this, SDG target 9.c calls for increased access to ICTs, striving to achieve universality and affordability. In support of this, SDG indicator 9.c.1 measures the proportion of the population covered by a mobile network, broken down by technology.

Figure 1 illustrates how mobile networks now cover most of the population in all regions of the world. Except for in Sub-Saharan Africa, the share of the population lacking coverage does not exceed seven per cent, and 4GFourth generation of cellular network technology or newer wireless systems are now the dominant technology in use globally. Nevertheless, more than one-in-five people in Northern Africa and Central Asia have yet to gain 4G coverage.

The availability of mobile or fixed-line networks where people live and work, is a crucial foundation for Internet access. However, uptake is dependent on many other factors including the affordability of both network services and the devices needed to use them, access to electricity (e.g., for charging), literacy and other skills, and more.

In many countries, fixed line technologies also play a crucial role in delivering Internet connectivity - especially connections with the highest speeds, such as fibre broadband connections. Figure 2 presents the number of fixed broadband subscriptions relative to the population, disaggregated by speed - as specified in SDG indicator 17.6.1. While fixed broadband, in general, is widespread in Northern America, Europe, Oceania and Eastern Asia, other regions have much lower subscription rates. For example, Southern Asian countries had, on average, around 2 subscriptions per 100 inhabitants in 2021, and Sub-Saharan African countries only 1 subscription.

As well as the availability of networks, differences in the affordability of broadband are a key reason for varying uptake across countries. Although monthly subscription charges for fixed broadband have in general fallen considerably, they remain relatively high in many developing countries, especially LDCs. The median annual cost of a fixed broadband subscription (5GB basket or equivalent) in developed countries during 2020 was equivalent to only 1.2 per cent of GNIGross national income per capita but equates to over one-fifth of GNI per capita in LDCs. The yearly median cost of mobile broadband subscriptions (1.5GB basket or equivalent) equated to 0.6, 4.4 and 6.1 per cent of GNI per capita in developed, developing and least developed countries respectively -—
– ‒
- –
—--—
– ‒
- –
—--—
– ‒
- –
—--—
– ‒
- –
—-. High-speed Internet access therefore remains a luxury for most people in LDCs.

During the COVID-19 pandemic, those living in areas unserved (or underserved) by ICT infrastructure, or lacking the necessary financial or other capabilities, have been least able to use ICTs to mitigate the disruption and carry on economic and social life. As such, the pandemic will have compounded the disadvantages faced by some individuals, businesses, and indeed countries.

ICT is an increasingly essential element of business and trade

The extent to which rising total e-commerce has translated to increases in cross-border e-commerce is not currently known due to a lack of statistics. A minority of countries produce e-commerce value estimates and even fewer break these down into domestic and international components. Under the auspices of the Working Group on Measuring E-commerce and the Digital Economy, UNCTAD is conducting detailed research on current approaches to measuring e-commerce among Member States (including cross-border ecommerce) as a basis to identify good practices for wider adoption.

Cross-border data flows can be considered in the context of the data value chain from raw data collection to the production of digital intelligence (data products), which implies value addition and therefore the potential for economic growth and development. Currently, there are indications that most developing countries’ data outflows are in the form of raw data, while their data inflows consist more of digital intelligence produced in those countries that enjoy the main data advantages and have better capacities to process raw data. Consequently, a data-related divide is adding to the traditional digital divide.

Currently, those that can extract or collect the data and have the capacity to further process them – mainly the global digital corporations – are in a privileged position to appropriate most of the value of data. By contrast, those who can be considered as producers or the source of the data in its raw form – such as the users of online platforms, many of whom are in developing countries, whoWorld Health Organization are also contributing to that value – do not necessarily receive development gains. There is a need for a new international system to regulate these flows so that the benefits of cross-border data flows are equitably distributed.

Among the major geopolitical players in the digital economy, approaches for governing data flows – and the digital economy more broadly – vary considerably. In simplified terms: the United States of America focuses on control of the data by the private sector; the Chinese model emphasizes control of data by the Government; while the European Union favours control of data by individuals on the basis of fundamental rights and values. The current context is one of tensions among these areas, particularly between the United States of America and China.

Divergent “data nationalism” will be especially inimical to the interests of developing countries, including LDCs:

In the absence of a properly functioning international system of regulations of cross-border data flows that allows maximizing benefits from data while addressing the risks in a way that income gains are equitably distributed, the only option for developing countries is to regulate their data flows at the national level.

The rapid changes taking place as a result of widespread Internet access, increasing e-commerce penetration, and other digital advances require new approaches to adapt to and maximize opportunities from these changes. UNCTAD is implementing several initiatives in response. “eTrade for all” has established a global partnership of over 30 organizations working together to support an enabling environment for sustainable development through e-commerce. At the heart of this initiative is an online knowledge-sharing platform through which countries can navigate the technical and financial assistance offered by partnering institutions in key policy areas such as ICT infrastructure and services, payments, trade logistics, regulatory frameworks, skills development and finance.

UNCTAD has also undertaken 25 eTrade Readiness Assessments in LDCs as well as four assessments in other developing countries. These identify areas for action across various policy areas to increase countries’ capacity to participate in and benefit from ecommerce. They help give LDCs the information and awareness to effectively formulate their needs for development assistance related to ecommerce and to seek support for action from donors. UNCTAD also works with a number of developing countries to develop e-commerce strategies and policies, such as Egypt, Botswana, Oman and Rwanda.

UNCTAD has also launched several initiatives to improve the measurement of ICT-related contributions to the economy and trade. UNCTAD has responded to the need to boost work in this area by establishing the Intergovernmental Group of Experts on E-commerce and the Digital Economy, which on its third session (2019) recommended the creation of the Working Group on Measuring E-commerce and the Digital Economy. UNCTAD is also an active and founding member of the Partnership on Measuring ICT for Development. In 2020, UNCTAD published the revised Manual for the Production of Statistics on the Digital Economy -—
– ‒
- –
—--—
– ‒
- –
—--—
– ‒
- –
—--—
– ‒
- –
—-, which provides guidance and specifications for key indicators to help countries with measuring the digital economy. In 2022, an online learning course based on the manual will be launched. 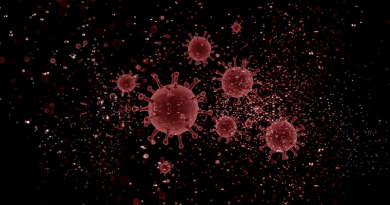