SDG target 17.10: Promote a universal, rules-based, open, non-discriminatory and equitable multilateral trading system under the World Trade Organization, including through the conclusion of negotiations under its Doha Development Agenda.
SDG indicator 17.10.1: Worldwide weighted tariff-average (Tier I)

SDG target 17.12: Realize timely implementation of duty-free and quota-free market access on a lasting basis for all least developed countries, consistent with World Trade Organization decisions, including by ensuring that preferential rules of origin applicable to imports from least developed countries are transparent and simple, and contribute to facilitating market access.
SDG indicator 17.12.1: Average tariffs faced by developing countries, LDCs and SIDS (Tier I)

Note: Goods, services and accessions to an RTA are counted separately. The cumulative lines show the number of RTAs currently in force (by year of entry into force).

Trade within RTAs demonstrates greater resilience in response to global shocks, compared to trade outside those -agreements. A recent case study by UNCTAD on intra RTA trade resilience during the COVID-19COVID-19 is an infectious disease caused by the strain of coronavirus SARS-CoV-2 discovered in December 2019. Coronaviruses are a large family of viruses which may cause illness in animals or humans. In humans, several coronaviruses are known to cause respiratory infections ranging from the common cold to more severe diseases such as Middle East Respiratory Syndrome (MERS) and Severe Acute Respiratory Syndrome (SARS). The most recently discovered coronavirus causes coronavirus disease COVID-19 -—
– ‒
- –
—--—
– ‒
- –
—--—
– ‒
- –
—--—
– ‒
- –
—-. downturn -—
– ‒
- –
—--—
– ‒
- –
—--—
– ‒
- –
—--—
– ‒
- –
—- reveals that trade within trade agreements declined significantly less than other trade, and that RTAs with deep provisions, or deep RTAs, have provided relatively better stability against the global trade collapse of 2020 than shallow RTAs. The results also reveal some heterogeneity across developing and developed countries, as well as across developing countries’ regions. Figure 3 shows that, while a decline in bilateral trade for an average country was around 14 per cent, the decrease under an RTA amounted to about 11 per cent. In addition trade between members of a deep RTA fell by about 6 percentage points less than trade between members of a shallow RTA.

Note: These estimates are based on an analysis of bilateral trade flows of 139 countries.

Tariffs on exports of LDCs and developing countries decreasing slowly

Figure 5 shows that in 2020 import tariffs applied by developed countries to products from LDCs registered a slight decline since 2015 throughout all groups of products. The average tariff amounted to 1.1 per cent in 2020. Tariffs, including preferences, faced by LDCs vary across product groups. Tariffs for clothing and textiles amounted to 5.9 per cent and 2.5 cent, while tariffs for industrial products were relatively low, at 0.4 per cent.

Import restrictivenessThe average level of tariff restrictions on imports as measured by the tariff trade restrictiveness index (TTRI). differs substantially across countries, even within the same region. Table 1 presents a matrix of the average tariff rates imposed on trade flows between and within regions in 2020. Intraregional trade (in the shaded cells of the tables) is generally subject to lower tariffs than interregional trade. However, much South-South trade is still burdened by relatively high tariffs. This is the case, for example, for the trade between Latin America and South Asia, on which an average tariff of about 10 per cent is applied. South Asia faced the highest intraregional tariffs, with tariffs of 5.4 per cent in 2020 -—
– ‒
- –
—--—
– ‒
- –
—--—
– ‒
- –
—--—
– ‒
- –
—-.

SDG indicator 10.a.1 shows the extent to which special and differential treatment has been applied through import tariffs.3

LDCs were granted duty-free market access on 63.9 per cent of tariff lines in 2020 (see Figure 8); the respective share for all developing countries was around 53.2 per cent. 4

Figure 8. Share of duty-free products (exported products) to world from developing countries and LDCs, by product, 2020 (#SDG 10.a.1)

Figure 9 shows that almost 68 per cent of international trade of agricultural products in 2020 was duty-free, with 19 per cent of this accounting for duty-free on a MFN basis and the rest under preferential tariffs. The remaining tariffs for agriculture are fairly high, averaging to 20.2 per cent. Preferential access is also important for trade in manufacturing products, for which it accounted for 33.5 per cent. The simple average tariff for manufacturing products is also high and stood, in 2020, at 9.4 per cent. For natural resources, preferential access is less important, as trade in these goods is largely tariff-free under MFN rates. The remaining tariffs are generally very low, with tariffs averaging 5.8 per cent.

The rise of non-tariff measures

Note: The frequency index is defined as the percentage of HSThe Harmonized System (HS) is an international nomenclature developed by the World Customs Organization, which is arranged in six-digit codes allowing all participating countries to classify traded goods on a common basis. Beyond the six-digit level, countries are free to introduce national distinctions for tariffs and many other purposes. 6-digit lines covered; and coverage ratio is defined as the percentage of trade affected.

Statistics on NTMs are still incomplete. As of today, the TRAINSTrade Analysis and Information System -—
– ‒
- –
—--—
– ‒
- –
—--—
– ‒
- –
—--—
– ‒
- –
—- database developed by UNCTAD in partnership with several regional and international organizations is the most complete collection of publicly available data on NTMs at the HS six-digit level. As of 2018, UNCTAD has collected comprehensive and comparable NTM data, covering 109 countries and containing more than 65 000 measures.

The COVID-19 pandemic emerged in the context of already increasing protectionism and faltering globalization, as reflected, for instance, by the Brexit and the trade war between China and the United States of America. It highlighted major ongoing shifts in the objectives of national governments and companies and put considerable pressure on the multilateral rule-based trading system. Axioms of free trade, free movement of capital, or freedom of energy supplies have often been questioned against a cruder metric: “What’s in it for me?” -—
– ‒
- –
—--—
– ‒
- –
—--—
– ‒
- –
—--—
– ‒
- –
—- Governments have been challenged to find the right balance between the need to import medical supplies and personal protective equipment (PPEPersonal protective equipment), such as hand soap, sanitizer, face masks and protective spectacles, against the loss of tariff revenues associated with them.

As of 15th of March 2022, WTO members had submitted a total of 453 COVID-19 related notifications, covering a range of products, including PPE, food, live animals, medical equipment and medicines. TBT (201) and SPS measures (122) made up the bulk of them, along with quantitative restrictions aimed at ensuring domestic food and medical supplies (87) (see Figure 11). Examples of the notifications include, inter alia, member states streamlining certification and authorization for medical goods, permitting the use of scanned and electronic SPS certificates, relaxing certain aspects of technical regulations for some food products. 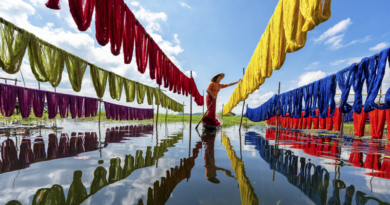