In addition to target 16.4 these activities support target 16.5 “substantially reduce corruption and bribery in all their forms”. They also contribute to SDG 17 (partnerships for the SDGsSustainable Development Goal) and its target 17.1 “strengthen domestic resource mobilization, including through international support to developing countries, to improve domestic capacity for tax and other revenue collection”.

Since UNCTAD and UNODC were assigned indicator custodians in July 2017, they have engaged in close collaboration with partners to advance work on SDG indicator 16.4.1, achieving the following milestones:

Between 2017 and 2022, UNCTAD and UNODC held 19 meetings to develop methodologies to measure IFFs. Of these, four were expert consultations on the scope and measurement of IFFs (see table 1). Additionally, from January 2019 to June 2022, the Task Force on statistical measurement of IFFs4 has met 15 times, once in person, and continues to meet several times per year to refine methodologies. The above-mentioned Conceptual Framework and the Methodological Guidelines were developed in consultation with the Task Force. In addition to events listed in table 1, UNCTAD and UNODC contributed to several meetings of stakeholders to share information on common standards and methods to measure IFFs (e.g., World Statistics Congress by the International Statistics Institute and the Pan African Conference on IFFs and Taxation).

Table 1. UNCTAD-UNODC expert consultations and meetings of the Task Force on the statistical measurement of IFFs
Source:: UNCTAD, MPEDMinistry of Planning and Economic Development, Egypt and ESCAP.

Map 1. Pioneering countries measuring tax and commercial IFFs, by project
Note: Situation reflected on the map as in May 2022.

UNCTAD invited pioneering countries to test one or two methods to measure IFFs. All 14 pioneering countries tested Method #1 – ‘Partner Country Method +’ and 10 countries tested Method #2 – ‘Price Filter Method +’ to measure trade misinvoicing (see figure 1). The selection of methods is based on data available for national institutions. Four countries tested Method #3 or two countries Method #4 to measure aggressive tax avoidance by MNEs. Method #6 on offshore financial wealth was tested by two countries. Most countries are interested to pilot test other methods in their follow up work. The first findings show that the methods on tax evasion by individuals are the most challenging methods as they require better availability of granular data. All participating countries prepared national action plans to guide further work and donor support; and the feedback will help UNCTAD refine the methodological guidelines for global use.

Between September 2021 and May 2022, UNCTAD held 30 national workshops in African and Asian project countries. The national training events took place mostly in-person, the COVID-19 pandemic permitting. Combining all methodological trainings and excluding any potential double-counting of follow-up events, 781 different individuals were trained, of whom approximately one quarter female.

Notes: The six-day online interregional training saw an overall participation of 1185 participants, from 146 to 236 participants per day. To avoid double counting between the days, a conservative estimate of the maximum value for one day has been used as a total number of participants while it is likely that some people participated only on some days making the real total number larger. The share of women can be calculated for registered participants only, which amounts to 35 per cent on average per day.

The feedback from participants of the inter-regional training events revealed that 72 per cent considered knowledge gained in the workshop useful for their work and more than 90 per cent found that the resource persons demonstrated mastery of their respective subjects. These findings confirmed the high level of professionalism in the delivery of the workshop by UNCTAD and involved experts. Repeated requests for national and country-specific training have been voiced, indicating the need for UNCTAD’s ongoing support to member states.

We need country specific training once the countries have chosen their methods.Comment by a participant in the Interregional training workshop on statistical measurement of tax and commercial IFF, December 2021

Each pilot country has formed a Technical Working Group consisting of the relevant stakeholders either from the perspective of data, technical expertise or knowledge to address IFFs. These Inter-Agency Groups often consist of the national statistical office, central bank, revenue and customs offices, tax authorities, relevant ministries, financial intelligence units etc. The composition depends on the national institutional set-up. IFFs leave traces in many administrative and statistical records. The data scattered across various institutions need to be pooled together to estimate IFFs. To ensure provision of objective and neutral information for SDG indicator 16.4.1 on IFFs, reporting on SDG indicators is coordinated by the national statistical office of each country in line with the General Assembly resolution A/RES/71/313 and the Fundamental Principles of Official Statistics -—
– ‒
- –
—--—
– ‒
- –
—--—
– ‒
- –
—--—
– ‒
- –
—-. The coordination role of the national statistical office enables national institutions to come together and collaborate in a coordinated manner to compile comprehensive, reliable and high-quality statistics on IFFs. Figure 2 reflects the institutions involved in the IFF measurement pilots.

Figure 2. The number of institutions involved in measuring tax and commercial IFFs in countries
Source: UNCTAD, MPED and ESCAP.
The pilots have showed us that much hinges on concerted action – collaboration across borders and the ability to establish a whole of government approach. IFFs cannot be curbed in silos, national authorities – central banks, customs, tax, financial intelligence, statistical offices and ministries – must pool their data, expertise and political powers.Rebeca Grynspan, SGSecretary General of UNCTAD, The fifty-fourth session of the Conference of African Ministers of Finance, Planning and Economic Development, Senegal, May 2022

Countries are moving at different pace in the implementation of pilot studies, with eleven countries in Africa mainly finalising their work in June 2022, whereas countries in the other two projects planning to conclude their activities in December 2022. In June 2022, six countries had already finalised the application of selected methods to measure IFFs with seven more still compiling their estimates. Two countries had already finalised their national action plans for regular measurement of IFFs in the future, while six were in the process of drafting those plans (see figure 3). The action plans will inform and engage the national authorities in tracking IFFs, and inform international organizations and donors of support needed.

Figure 3. Status of activities to measure tax and commercial IFFs in countries as of June 2022
(Number of countries)

The lessons learned and early findings of pilot studies will be shared at the closing event of the project in Africa in June 2022. The event will include discussions on the process, the challenges and successes, interagency collaboration, the compilation and use of IFF estimates, and how these will enhance national policy efforts to curb IFFs. The countries will also provide feedback into refining methodological guidance for the measurement of tax and commercial IFFs globally.

The previous statistics also reflect progress achieved by Egypt in a joint INFFIntegrated National Financing Framework project, where UNCTAD is actively engaged in supporting measurement of IFFs in Egypt. INFF is a UN joint programme in partnership with UNDP, UNICEF, UN WomenUN Women is the United Nations entity dedicated to gender equality and the empowerment of women (UN Women). and ILOInternational Labour Organization, and coordinated by the MPED in Egypt to develop capacities and put in place systems to track, map and assess financing flows needed to achieve the SDGs. This project also aims at identifying financing opportunities, through better evidence, in particular on IFFs. Egypt is measuring IFFs in line with the UNCTAD Methodological Guidelines and UNODC’s assistance on measuring drug trafficking and smuggling of migrants. As a result, in 2022, Egypt became the first pioneering country to measure IFFs in both realms towards reporting on SDG indicator 16.4.1 in the future. The method for costing achievement of SDGs, developed with Egypt, is also likely to be of interest to a number of other countries.

The previous statistics also highlight work by Kyrgyzstan and Uzbekistan to measure tax and commercial IFFs within the project in Asia-Pacific with the support by ESCAP, UNCTAD and UNODC. Both countries have opted to primarily apply Method#1 and Method#2, and also address the issue of aggressive tax avoidance through Method #4, as well as estimation of offshore financial wealth through Method#6. In addition, alternative methods for measuring particular trade-related IFFs and illicit remittancesThe term remittances can refer to three concepts, each encompassing the previous one. “Personal remittances” are defined as current and capital transfers in cash or in kind between resident households and non-resident households, plus net compensation of employees working abroad. “Total remittances” include personal remittances plus social benefits from abroad, such as benefits payable under social security or pension funds. “Total remittances and transfers to non-profit institutions serving households (NPISHs)” includes all cross-borders transfers benefiting household directly (total remittances) or indirectly (through NPISHs) -—
– ‒
- –
—--—
– ‒
- –
—--—
– ‒
- –
—--—
– ‒
- –
—-. are considered and will be shared with other pioneering countries. Preliminary results are expected in summer 2022 and final reports and action plans in the autumn. In-person meetings to discuss the findings, the COVID-19 pandemic permitting, are planned for autumn 2022. 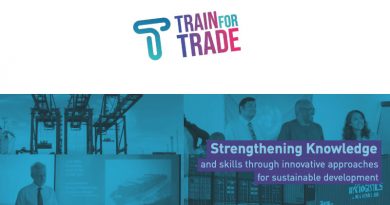 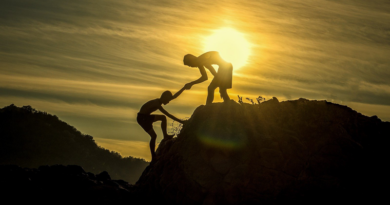 UNCTAD Project: – Mobilizing financial resources for development in the time of COVID-19