SDG 10: Reduce inequality within and among countries
SDG target 10.a: Implement the principle of special and differential treatment for developing countries, in particular least developed countries, in accordance with World Trade Organization agreements

SDG 17: Strengthen the means of implementation and revitalize the Global Partnership for Sustainable Development
SDG target 17.11: Significantly increase the exports of developing countries, in particular with a view to doubling the least developed countries’ share of global exports by 2020
SDG target 17.12: Realize timely implementation of duty-free and quota-free market access on a lasting basis for all least developed countries, consistent with World Trade Organization decisions, including by ensuring that preferential rules of origin applicable to imports from least developed countries are transparent and simple, and contribute to facilitating market access

Administrative hurdles and cumbersome border procedures can account for 75 per cent of all delays to shipments. The main objective of trade facilitation is to reduce the complexities and costs associated with lengthy border procedures and controls, while maintaining efficient compliance controls. Trade facilitation contributes to the achievement of the 2030 Agenda, in particular to the integration of developing countries to global trade, tackling trade barriers and improving the efficiency of trade by reducing delays and transaction costs.

To facilitate the implementation of the technical and institutional obligations arising from the 2017 WTO TFAWorld Trade Organization Agreement on Trade Facilitation (WTO TFA), the UNCTAD Trade Facilitation Programme UNCTAD (2020a) improves trade processes and competitiveness of developing countries, including economies in transition, LDCsLeast developed country, LLDCsLandlocked developing country and SIDSSmall island developing states (SIDS) were recognized as a distinct group of developing countries at the Earth Summit in Rio de Janeiro in June 1992. More information on UNCTAD official page.. The programme aims to support trade facilitation reforms and countries’ capacity to comply with related international and regional rules and standards, including WTOWorld Trade Organization commitments.

By providing intensive professional training - via the Empowerment Programme for National Trade Facilitation Committees – UNCTAD helps committees fulfil their mandate and implement, in a coordinated manner, trade facilitation reforms, including the provisions of the Agreement on Trade Facilitation, and monitor implementation. UNCTAD also supplies technical assistance, including: tailored training in trade, transit and transport facilitation1; advisory services on ratification of the Agreement; and assistance in the creation and sustainable operation of national trade facilitation committees.

Trade facilitation – has assisted 56 countries since 2016

Since 2016, UNCTAD has developed capacity in 56 countries around the world to improve their trade facilitation. Of these, 34 countries were in Africa, 10 in Latin America and the Caribbean and 12 in Asia and Oceania. In total, 21 countries were SIDS and 17 LLDCs (see Map 1). 60 per cent of capacity development was done in English, 35 per cent in French, and 5 per cent in Portuguese.

Of those 56 countries, 45 are WTO Members. 89 per cent of them have ratified the WTO trade facilitation agreementThe WTO Agreement on Trade Facilitation came into force on 22 February 2017 following its ratification by two-thirds of the WTO membership. The TFA contains provisions for expediting the movement, release and clearance of goods, including goods in transit. It also sets out measures for effective cooperation between customs and other appropriate authorities on trade facilitation and customs compliance issues. It further contains provisions for technical assistance and capacity building in this area. and 96 per cent have notified to the WTO Committee on Trade Facilitation their category A, B and C provisions.

The UNCTAD Trade Facilitation Programme builds on the cooperation with other related UNCTAD technical assistance programmes, such as the UNCTAD ASYCUDAAutomated System for Customs Data , which is used by the Customs administrations of over 90 countries, and UNCTAD Trade Portals. These programmes are key instruments for the implementation of various provisions of the WTO TFAThe WTO Agreement on Trade Facilitation came into force on 22 February 2017 following its ratification by two-thirds of the WTO membership. The TFA contains provisions for expediting the movement, release and clearance of goods, including goods in transit. It also sets out measures for effective cooperation between customs and other appropriate authorities on trade facilitation and customs compliance issues. It further contains provisions for technical assistance and capacity building in this area..

The UNCTAD Empowerment Programme (UNCTAD, 2020b), as part of the wider Trade Facilitation programe, provides an intensive professional programme for NTFCs. The main objective is to help them implement trade facilitation reforms in a coordinated manner, including the provisions of the WTO FTA. This programme is undertaken in cooperation with a number of partners, including the ITCInternational Trade Centre, Deutsche Gesellschaft für Internationale Zusammenarbeit, UNECE, UNIDO, World Bank Group, World Customs Organization and the WTO.

Since 2016, the Empowerment Programme has trained almost 2,500 people in 34 countries. Of these, 24 countries completed the full empowerment programme and 10 received other support to their NTFCs. 26 countries are African, and eight were from Latin America and the Caribbean (see Map 1). On average female participation was 42 per cent, but this ranged from as high as 73 per cent in some countries to no female paticipation in one country. 19 per cent of participants were from the private sector and 81 per cent from the public. Members of the NTFCs accounted for 57 per cent of course participants on average. 80 per cent of participants sat the exams, with 91 per cent of those successfully passing. In 2020, a further eight countries in Africa began receiving support.

The knowledge shared by the resource experts has encouraged greatly the inter-agency collaboration in Nigeria to enhance trade and reduce time as well as cost of imports and exports.Austin Oko Opiege, Member of Nigeria NTFC

UNCTAD evaluates the training by collecting feedback from participants. According to this feedback, 94 per cent of respondents reported using the knowledge acquired during training. 87 per cent reported improved knowledge of trade facilitation, and 78 per cent felt they were in a better position to support their NTFCs.

Table 2. Feedback on training
(Percentage)
Source: UNCTAD, based on answers received to an UNCTAD survey circulated from July to September 2019.

All countries make changes after training

Table 3. Number of countries implementing changes
(by type of changes and year)
Source: UNCTAD, based on answers received to an UNCTAD survey circulated from July to September 2019.

The feedback shows that the Empowerment Programme has helped countries prepare for the WTO trade facilitation negotiations and for the Agreement itself. Today, according to data gathered in the UNCTAD Repository for NTFCs (UNCTAD, 2020c), 103 countries have established NTFCs. 29 of these committees have only been established since 2016.

In 2019, UNCTAD launched a series of online courses which recapitulate some of the key lessons of the Empowerment Programme. Since their launch in September 2019, up to March 2020, the online courses had registered 3,500 users, who have benefited from over 1,000 training hours. During 2020, UNCTAD plans to make these courses available additionally in French and Portuguese.

The courses show that trade facilitation is much more than just the Trade Facilitation Agreement, in that they also help to put the Agreement into a broader perspective by addressing the intricate interplay of the various provisions with commerce and the wider sustainable development agenda.Ricky Jnbaptiste, Attaché, Mission of the Organisation of Eastern Caribbean States in Geneva

UNCTAD’s approach to supporting NTFCs in developing economies, including LDCs, seems to be working. This is reflected in the results of a survey undertaken during the summer of 2019, where countries benefitting from the Empowerment Programme reported being more optimistic about the sustainability of their Committees. On a scale of 0 to 100, LDCs that have been supported by UNCTAD rated the sustainability of their Committees at 63, compared to 50 for those committees that were not assisted by UNCTAD. 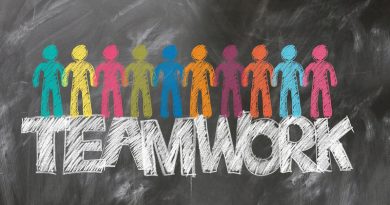